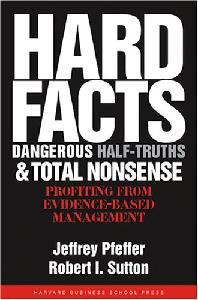 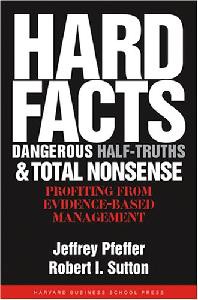 Some critics have suggested that ”Hard Facts” borders on common sense but it is the apparent lack of common sense in business that often amazes and shocks me. In fact, the idea of common sense is exactly the type of the strongly held belief that ”Hard Facts” puts into question. As far as I can tell, all people have sense but not much of it is common! There is so much about business management that appears to be obvious to so many when reading business literature or attending conferences and yet when we get back to the office we fall back on old behaviours and entreched belief systems. ”Hard Facts” truly gives the hard facts on what is one of the most significant underlying problems with business life today. Business initiatives fail because they are initiated to solve problems that aren’t fully understood and achieve goals that aren’t clearly defined with methodology that at best is ineffective and at worse destructive!

Public speaker and management trainer on Leadership and Change
PrevNext